“Living creatively is really important to maintain throughout your life. And living creatively doesn’t mean only artistic creativity, although that’s part of it. It means being yourself, not just complying with the wishes of other people.” 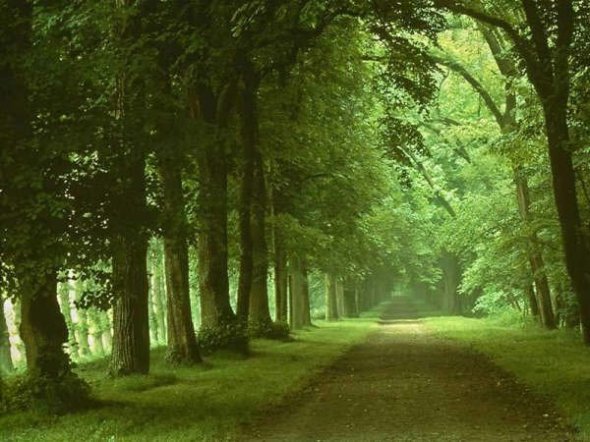 I think it was summer when I first honestly realized that I was different. Previously, if I didn’t acknowledge anything different, then I would simply be the same as everyone else and if there was anything that I wanting during most of my young adult life, it was to be the same as everyone else. I had grown up an African American little girl in a predominantly white area of New York facing racism as a child. It forged those formative and impressionable years into something harder, fashioning bits of metal into my otherwise child-soft being.

I must have been about nine years old and things were just starting to change. I was changing grades and with each grade brought new people that would potentially look at me as more than simply “black”. I was still in a predominantly white school, but the mentality was different. There were more nationalities in the school itself, and everyone was getting older, and in turn were being exposed to more of the world, whether through television or simply living in the metropolitan melting pot that is New York City.

Outwardly I had always been marked as different but internally I never felt different from any of the other kids my age until after I had my first kiss. It was a summer of transition and I was starting to make friends in and around my neighborhood. After long years of confiding in books and finding comrades in the myriad pages that I read, I was able to find others who had similar interests, others who didn’t look at my skin first and me second. It was a new and enlivening experience and I found myself looking forward to each new day more and more.

There was a girl who seemed to understand me. We became fast friends, complete with friendship bracelets, matching bookmarks and an intense book club made up of only us two. We were able to talk about Sweet Valley High and Sailor Moon. I felt as though I had found a kindred spirit. I hadn’t imagined that friendship could be this good. I couldn’t get enough of it and we spent hours talking on the phone with three blocks between us about all of the inspirational things that go on in the mind of a nine year old girl. I was entranced. I wrote and journaled, and I never felt better.

It was hot, even in the wonderful shade of the backyard of my parent’s house when she asked me if I had ever been kissed. The summer sun beat down on the trees, but the unmistakable scent of summer wind was delightfully in the air and I remember digging my bare toes in the soft grass before I answered. Of course I had never been kissed. I hadn’t even had friends up until recently, so I’m not sure how I was ever supposed to have been kissed. I shook my head no and looked down shyly, ready to be rebuked for something as little as a kiss that I had never had. I had been thrust out of social circles for less at a much younger age and I immediately started to brace myself for the hurt and the rejection.

“Neither have I, but I’ve seen how it’s done.” her dark eyes gleamed in the afternoon sun and she looked devilish and secretive. I leaned in, my eyes wide. I had seen it too, after all I had watched enough movies to see kissing, but I had never really seen it in person. Not yet. People at school weren’t so bold. Just the thought of seeing something so intimate in real life made my throat dry. I wanted to ask her a million questions about it. How she had seen it and when, where, who was it? But I found that my tongue was sticky inside my mouth and I just waited.

“My brother is 14. He has a girlfriend.” Well, that put it all in perspective for me. I had an older brother too, but it also somehow took the magic out of it. Brothers weren’t romantic. They were annoying. They were the ones who left you alone to play by yourself and never wanted to take you anywhere that they went, even though you promised that you weren’t going to be an irritating little twit. If I thought of my brother kissing any of his girlfriends it didn’t inspire any feelings of intrigue within me. Just mild nausea. I sat back, a little deflated by the loss of what I hoped would be a new discovery.

“Wanna practice?” her next question erased all the previous irritation and made me perk up a little more.

“What?” I could only blink and her and stare wide-eyed, wondering if I had really heard her right. Practice? What did that even mean?

“We could practice. So that we’ll be ready when it happens to us. I know I don’t want to look like a baby when it happens to me.” She sounded so sure of herself, but my mind was racing with all of the possibilities of that last statement. I hadn’t ever thought about having a boyfriend. Sure, it would have been nice in the future, but the boys that I knew were mean, and always difficult to understand. I had no idea what made them do the things they did. And I was teased mercilessly everyday for everything from being brown to having braids in my hair. They didn’t care, they would tease me about any and everything. All of the boys that I had read about seemed to be a long way off, if they did even exist. I started to tell her this, but she was already off to her next point.

“We could practice on each other so that we’d be comfortable. That’s how the older kids do it. That’s what my brother said.” My brow furrowed in confusion. Practice on each other. I didn’t think I was allowed to kiss boys yet, but she seemed so sure about it. And it was only practice. It wasn’t like it was going to be real kissing. I’m not sure what I thought real kissing was at the time, but somehow in my nine year old brain it all made sense. I gave her a small smile and nodded. We both knew that a code of secrecy would follow all of this and that we wouldn’t be able to tell anyone about our practice, but when the real kisses finally happened, we would be experts.

I took a deep breath and tried to ready myself for the experience. I could feel my heart pounding in my chest and I was surprised that she couldn’t hear it. If she did, she didn’t say anything about it, much to my great relief. She leaned in and I felt myself getting more nervous. I closed my eyes, because isn’t that what’s supposed to happen? All kisses happen with your eyes closed, or at least that’s what they showed me in the movies.

As her lips touched mine I wondered if my stomach was supposed to sink like that or if my heart was supposed to begin pounding in over time. I wondered if this was practice, what would my first real kiss be like? She leaned back and looked at me with her dark eyes wide and filled with mischief, and my tongue darted out to moisten my newly kissed lips.

It took a me years after that to realize that none of my other kisses had felt quite like the one that I shared in my backyard, in the middle of the summer with a young girl that had become a dear friend, but when I did, no matter how hard I tried (and I did try), there was no going back. The journey had begun.

I'm a 30-something year old living in my native New York...I adore the city, writing, books, tea, music, long walks and rainbows :) Aaaand What happens to a dream deferred? In my opinion it gets sucked up dry and spat out as a gnarled petrified mass of what the heart used to be...so I'm also coming out as a writer who wrestles with questions of identity, reality, race and even sexuality. I'm having fun finally writing my own story. Feel free to help :)
View all posts by Avery Rose →